Got the itch to head out for a short little run into the Sierras, this was my first run of the year into the Sierras and I was scared that there would still be too much snow out there to really get anywhere nice. My new 3wt fishing rod had just arrived and it had to start getting a workout so a trip was in order.
I drove straight up HWY 50 to Ice House Road and then turned on Peavine Ridge. I’m not giving any more direction from their as I kind of want to keep this place to myself, call it what you will – if you find you will know why!
The route to get there was not difficult but as you will see from some of the video there is a LOT of overgrown brush in the area so you will get some very nice pin stripes if you go too far off road here, the abundance of snow has caused the manzanita to grow like I have never seen before. If it makes some of you feel better it is really just the first round of pin stripes that hurt….after that the only thing that bothers you is the sound of the Manzanita scratching against your paint (similar to nails on a chalk board). It seems like a lot of the trails that I have been on recently are overgrown….maybe it is just a year for some solid pin stripes!

Of course once I got there i had to put on the waders and try out the waters! 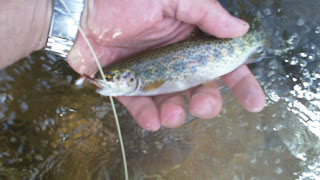 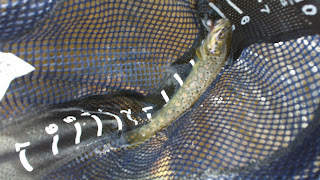 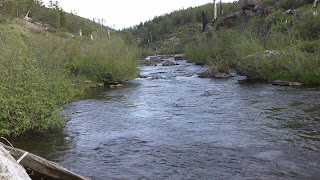 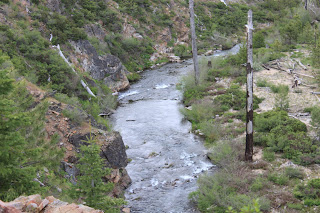 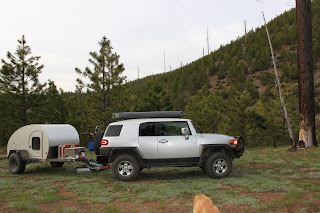 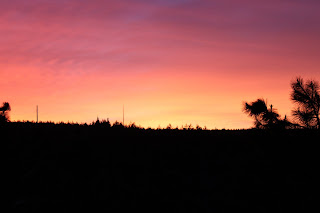 The next morning I was going to try to make my way to HWY 88 via Silver Fork Road, but much to my dismay the road still had a fair amount of snow on it (Starting at 6100 feet). Now…the snow was passable I have made it through worse with the FJ but I had to play it conservative for a few reason: 1) I was alone, 2)I had never tried snow cross with the trailer and didn’t want to find out exactly how much drag it would cause and 3) I still had another 1000 feet to climb before I would start going downhill again…the snow was only going to get worse. 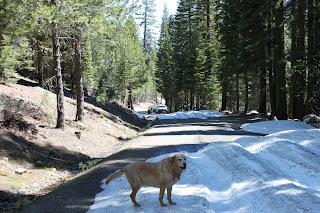 A little more on my blog @ http://6wotg.blogspot.com

Permalink Reply by Ranger Jim on June 19, 2011 at 8:09pm
Great trip, those impromptu ones are usually the best. Kudos on the trout, neat stuff.

Dang Esty, next time you may wanna slow down and enjoy the scenery a bit, I guess you were kind of hot to get fishing tho, I do get that.

Nice trip though, time to start getting out there for sure.

Permalink Reply by Shaman Rawb on July 6, 2011 at 7:29pm
Hey esty, tell me a little something about your camera setup/mount. That was great!

The camera is a Kodak Playsport (http://store.kodak.com/store/ekconsus/en_US/pd/PLAYSPORT_Video_Came...). Waterproof/dust resistant with image stabilization (believe it or not lol).

The mount is a simple ram mount with a attachment for a camera (http://www.google.com/products/catalog?q=ram+mount+camera&hl=en...) I have it mounted right in front of the three gauges.

I wish the camera had time lapse though so i could get more time out of the card (I use an 8 gig and 2-4 gig cards at the moment) and right now i use software to speed up the end video by 4x.

Permalink Reply by Jason on August 25, 2011 at 9:50am
Nice fish! Getting access to more remote waters is big reason I got my FJ. Fishing Hwy 50 area around Kyburz on Sunday.
Jason