A.J.Cruiser said…
Hey OPG, can I swing by Tuesday and pick them up? Do you have any six pack reference?

GHOST said…
Hey about those tires......he will have more info monday. He is off work already so has no way to look up price and info but I would imagine price wise to be pretty close, if not identical. When I find out monday I will let you know asap.

If you would not keep buying new trucks then you might have that $$ for the ARB.. LOL

R U bringing up the 60 Saturday?

PBn'FJ said…
I'll keep my eye out for an H55F but feel free to donate to my build fund.

PBn'FJ said…
What you got going on?

Botched said…
Nice meeting you on Friday… see you on the trails soon.

MuddyGrrl said…
Oh, stop! You told me about it when it was irrelevant! I lived where? LOL

Come with us Saturday to Deer Valley!!! 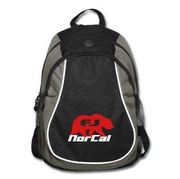